Due to a bunch of scheduling snafus, Carey was the only Geektress that was able to make it to our annual Chicago Comic and Entertainment Expo meetup this year. But she carried on like a champ and did a bunch of picture taking and blogging for us. Unfortunately, the site was suffering its malware malady and so she posted her roundup on her personal blog. So, after the jump, we have some of the highlights.

[My] boss and I went over to the American Library Association's booth at C2E2, which was being run by a remarkable Effie Trinket cosplayer. She had a different outfit for every day of the con and sometimes changed mid-day. 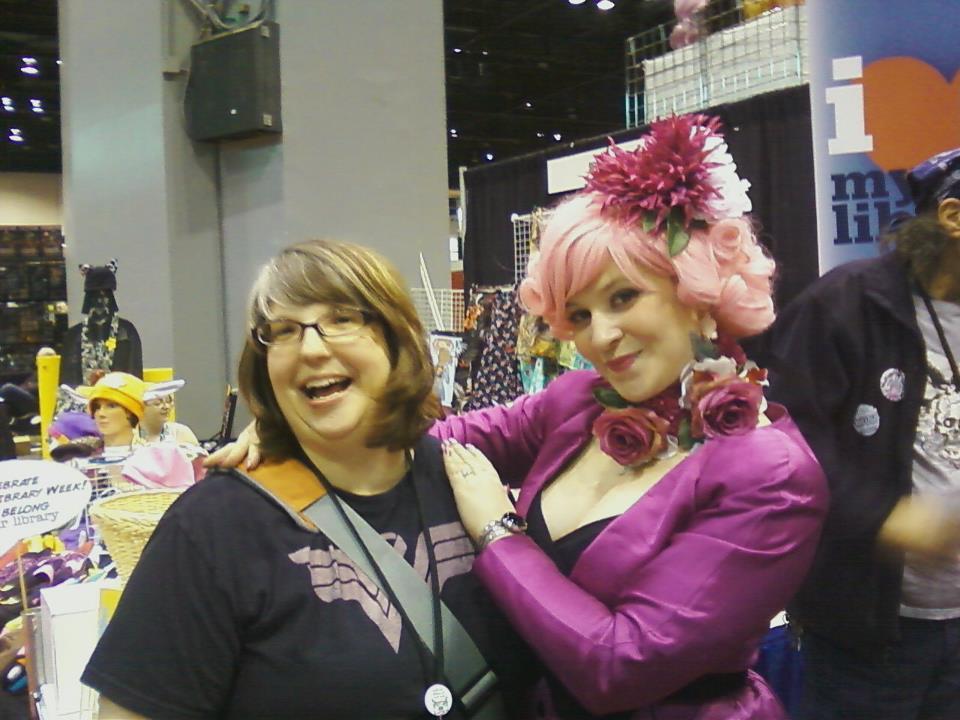 Sean Astin was autographing almost all day, but at $40 a signature, his line was never very long. Same for Nicholas Brendon. Only die hard fans were willing to spend that kind of cash on these guys. The highlight of nerd celebrities on Friday was Jhonen Vasquez, creator of Invader Zim and Johnny the Homicidal Maniac. I missed out on both of those nerd boats when they were at their peak, but my friend Kristy waited in line for almost an hour to meet him.

The thing about C2E2 that has both delighted and annoyed me is its inclusion of literary authors as bona fide nerds. Two years ago, I got to meet George R.R. Martin. Game of Thrones wasn't on HBO yet, so I walked right up to him, asked him to sign my first edition copy of The Game of Thrones, told him my favorite character was Littlefinger and then he called me creepy. Good times. This year, a few big names were in attendance - most notably Anne Rice (if you don't know who she is, just GTFO) and Charlene Harris (the Sookie Stackhouse books that True Blood is based on). One would think C2E2 would have a hopping publisher's row. Selling books by either of these authors would have been like printing money. But no. There were no sci-fi/fantasy publishers at the con. No Tor, DAW, or DelRey Spectra. They'd had a presence in the past and the last two years, I've come away from C2E2 with a backpack full of ARCs to review for Geektress.

Anne Rice and Charlene Harris both only signed for one hour total over the course of three days and their lines were capped off hours before they were scheduled to appear. I didn't really care though because my main mission was to meet F. Paul Wilson, author of the Repairman Jack series. First, he's my brother's favorite author (other than Stephen King) and I would have been an awful sister if I didn't get a book signed for him. Second, I also read the book so I wouldn't look like a complete asshole when I asked Wilson to sign one for my brother. Wilson brought a bunch of copies of The Tomb with him and also signed one for me and didn't charge me for the book. He also let me take a picture with him, which I texted to my brother just for proof of how awesome I am. That experience was one of the highlights of the convention.

I spent my morning drooling over John Barrowman with my awesome friend Kristy. Our husbands and [my Boss] went off to do their own things that morning. Kristy and I had a blast listening to Barrowman talk about how gay he was, Torchwood, the YA book he wrote with his sister, and his dogs. But sometimes I had a hard time hearing him over how beautiful he was. I mean, there were angels singing in his presence he was so gorgeous. 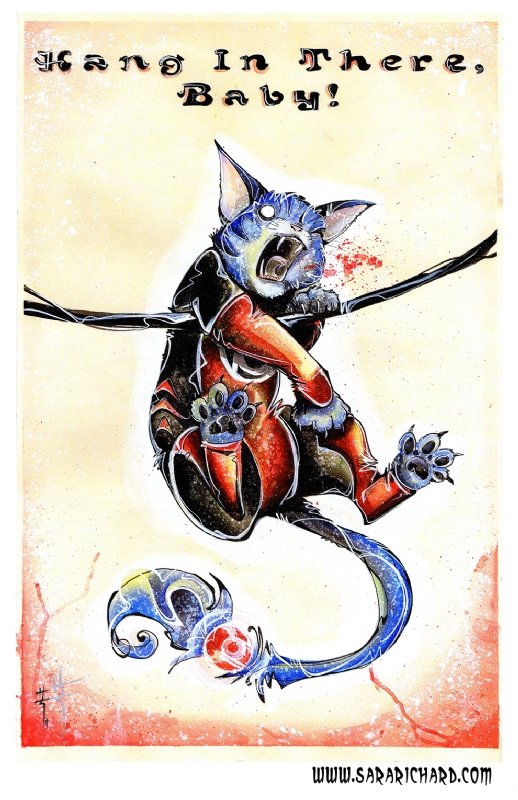 Sunday was Kids' Day at C2E2 so there were tons of adorable children and babies all dressed up. I don't have any pictures of them because I didn't want to be that creepy weirdo that was all, "Can I take a picture of your kids?" I saw a lot of Adventure Time cosplay and yelled, "What time is it?!" every chance I could. Some of them weren't very enthusiastic about answering me, but if you're going to cosplay Jake or Finn, you have to be prepared to get yelled at a lot. I yelled "What time is it?" at a Princess Bubblegum while in the bathroom and she loudly and happily answered me from three stalls over.

Despite my exhaustion, I experienced my other con highlight on Sunday - meeting Cliff Chiang. I am in love with the Wonder Woman relaunch and especially in love with Chiang's work. We talked a little and I told him how much I like his work on Wonder Woman. I said that my WW favorite panel was the one in issue #1 where Wonder Woman straight up headbutts a centaur in the face. Apparently, that was Brian Azzarello's idea, as he's a huge fan of wrestling. Chiang's commission list was full, and he didn't have any prints of the centaur headbutt, but I did buy a print of Wonder Woman swinging a bloody battle axe in a field of fallen arrows. I can't wait to get that framed and use it as inspiration in my own violent writing.

I also bought a Dex Starr print from artist Sara Richard. Not only was it beautiful and inexepensive, but $5 from every sale of that particular print was going to the Humane Society. Rock on, Sara Richard.

You can read the whole three part recap over at Carey's blogspot!

Yay, the site is back!

Want to hear about our charity drives? Check our past projects!